A three-day international conference ‘Creative Backslash: from precarious individuals to resilient organisations’, will gather professionals, authors, educators, representatives of organizations and institutions from across Europe, Turkey and the UK, from 12 to 14 June in Belgrade.

What is it about?

Through lectures, workshops and panel discussions, the program will touch on some of the important issues such as the relation of creative work and mental health, ‘gig economy’, personal development, resilience of individuals and design of organizations, as well as areas of co-creation, learning through collaboration or look at blockchain as a collaboration tool. Among the announced lecturers are Rachel Doern and Aleksandar Brkić from one of the leading UK academic institutions – Goldsmiths University in London, representatives of the hubs Collaborativa, Poligon or CRU Cowork, followed by the Slovak learning designer Brano Frk (Oppus), Dragana Jevtić from the Creative Mentorship program, Darija Medić from the Diplo Foundation or Marko Novaković, who is behind the award-winning social media project ‘The Client is Always Right’.

In addition to numerous lectures and presentations, four parallel workshops will be led by professor Jovan Čekić from FMC (Creative Strategies), Atilim Sahin from ATOLYE (How to Build a Community), Nana Radenković representing Nova Iskra (Team Culture) and Eva Velimirović who will hold a short training on personal organization and planning. The program is divided into three thematic levels: alone (individual level), together (level of cooperation) and united (level of organization).

On Wednesday, 12 June at the Cultural Centrer of Belgrade, the conference will also include a performative lecture by the legendary Slovenian artist and the theatre director Dragan Živadinov entitled Post-gravity Art. This inspiring and intriguing event is open to the general public, and free with registration at the entrance.

Živadinov has prominent theatre production, whichopened last year’s BITEF Festival in Belgrade, and on this occasion he will talk about his projects aimed at artistic exploration of the universe and the realization of cosmo-kinetic art projects (even in zero gravity), which include the fifty-year theatre process “Noordung” (1995 -2045), the establishment of the Cultural Centre of European Space Technologies KSEVT in Vitanje, as well as numerous other artistic actions that go beyond our planetary frameworks. In addition to being one of the founders of the cult project of NSK State and the theatre troupe Scipion Našice Sisters Theater, Živadinov is a cosmonaut candidate and a citizen of the ‘Star City’ near Moscow.

Participation at the conference is free of charge. Artists, authors, researchers, creative professionals, entrepreneurs, hub representatives, students and educators interested in attending the event can apply no later than Wednesday, June 5th at 23:59.

Connect for Creativity project aims to promote intercultural dialogue by linking creative hubs and communities into a networked common future. Connect for Creativity is an 18-month project led by the British Council, in partnership with–ATOLYE and Abdullah Gul University in Turkey, Bios in Greece and Nova Iskra in Serbia. The project is co-financed by the European Union and the Republic of Turkey through the Intercultural Dialogue Program, which is led by Yunus Emre Institute from Turkey and supported by the Ministry of Culture and Information of the Republic of Serbia.

A three-day international conference ‘Creative Backslash: from precarious individuals to resilient organisations’, that deals with various aspects and challenges in the field of creative work and production, will gather professionals, authors, educators, representatives of organizations and institutions from across Europe, Turkey and the UK, from 12 to 14 June in Belgrade. Conference is presented by Nova Iskra as part of Connect for Creativity. 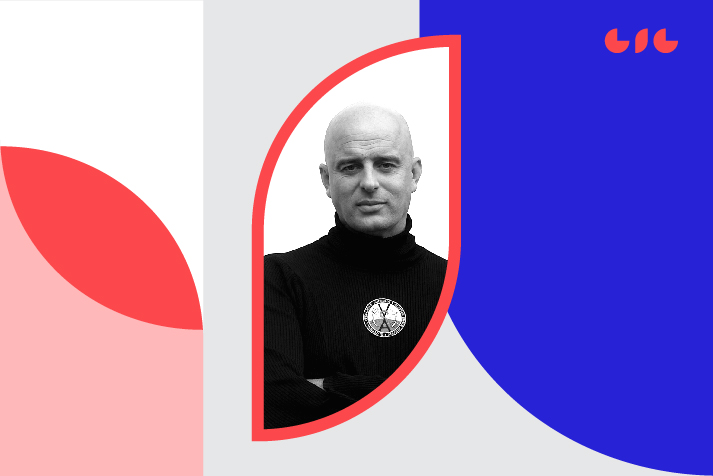 The Creative Backslash conference will be opened by the legendary Slovenian artist and theater director Dragan Živadinov with his lecture at the Belgrade Cultural Center, which is free and open to the public.