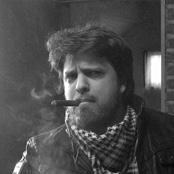 Founder of Epic Llama Games, a game company focused on the casual games market founded in 2008. He is one of the most successful indie game developers from South America. With more than 60 titles published over the years, over 20.000.000 game plays for his most successful game (Champions of Chaos I), ranking 21st of the top selling developers on FGL (community of over 3000 game developers) and 8 years of working in the game industry which lead to opening his own company - this guy is packed with knowledge and experience waiting to be shared.