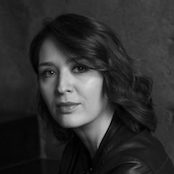 Jana Savić Rastovac is the Creative Director at McCann Belgrade. After graduating in sociology at the University of Belgrade, she began her career in advertising more than 10 years ago, creating stories and campaigns for brands like Coca Cola, Carlsberg, Nestle, MTV and others. Her awards include the Cannes Lion 2011, First for Serbia, Goldendrum Grand Prix, Eurobest Award finalist, as well as numerous awards for the best agency in Serbia. She is a member of 5050initiative.org and one of the authors of the recently published book Hacker, Maker, Teacher, Thief: Advertising's Next Generation.