This Wednesday, we invite you to attend the projection of the movie Foreveryone.net, and Renata Avile’s and Slobodan Marković’s talk about future and genesis of internet.

This week in Nova Iskra we will once more address the subject of net neutrality. This Wednesday, we invite you to attend the projection of the movie Foreveryone.net, and Renata Avile’s and Slobodan Marković’s talk about future and genesis of internet, a testimony of its founder and the principles he followed.

The movie Foreveryone.net connects potential future of the internet to a little-known story about its beginnings. In 1989, a thirty-three year old programmer Tim Berners Lee invented the World Wide Web, and his visionary decision to make it free and accessible to everybody caused a global revolution in communication. Tim declared the internet to be a human right, and demanded an online magna carta in order to protect privacy and freedom of speech on internet, expand the connections of communities without internet access, and keep following the principle “one web for all”

The movie is 35 minutes long.

Tim’s dramatical story raises the question: will we fight for the web we want, or will it be taken away from us? 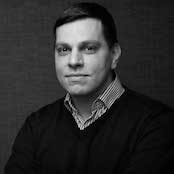 Slobodan Marković works as a technical advisor for digital governance in the United Nations Development Program (UNDP) in Serbia. For nearly 20 years, he has been actively involved in advocating and formulating ICT policies in Serbia. Prior to his engagement at UNDP, he worked at National Internet Domain Registry of Serbia (RNIDS), as an ICT policy advisor and an advisor for the relations with the Internet community. Between 2014 and 2017, he was a member of the Multistakeholder Advisory Group (MAG) that advises the UN Secretary General on holding the World Forum on Internet Governance (IGF). In the period from 2008 to 2012, he was the Special Advisor to the Minister at the Ministry of Telecommunications and Information Society, where he worked on adoption of a number of regulations in the field of telecommunications, e-government and e-business. In 2010, he was awarded the "e-Commerce Award" award for a decennial contribution to the development of e-business in Serbia. 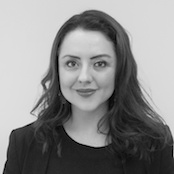 Renata Avila (Guatemala) is a lawyer working in the field of international law and an advocate of digital rights. Specialized in Intellectual Property and Technology, her work focuses on the of cross-cutting points in human rights, information, technological changes and differences between the global north and south. As a lawyer in Guatemala, Avila has represented victims of genocide and other human rights abuses, including the prominent Nobel Peace Prize winner Rigobert Menchu ​​Tum. As part of her long-standing commitment to Internet and Human Rights, along with the world-renowned inventor Sir Tim Berners Lee, she leads a global campaign to protect human rights in the digital age in more than seventy-five countries. Avila is a member of the Creative Commons Committee, the Trustee of the Courage Foundation - an organization that provides assistance to the risk drivers - and a member of the Diem25 Advisory Board, exploring the potential of decentralized technologies in Europe. She is currently based in Belgrade and Guatemala and is writing a book on digital colonialism and advises the Web Foundation on new digital equity strategies. Renata also represents civil society in the OECD Digital Economy Committee.