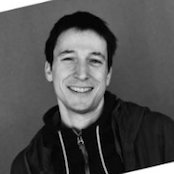 Independent curator, manager and producer and music promoter, occasionally translator, copywriter, editor and freelance journalist. Since 1999 he was the author and collaborator on numerous projects in Serbia and abroad, from the domains of contemporary music, art education, visual culture and related fields. He was the initiator and artistic director of the festivals “Dis-patch” (2002-2010) and “+++” (2015). He took part at many festivals and conferences dedicated to music and independent culture in the Balkan region, Europe, USA and Canada - as a guest curator or artistic director, performer, lecturer, panelist or as a member of the organizational team. Through the activities of his organization and festival “Dis-patch”, he was the curator and producer of several projects that had its world premieres in Belgrade, and in which contemporary authors from various countries collaborated on new artistic productions.

Since 2011, he is the co-founder and a member of the Nova Iskra team, where he is focused on the development of education programs and international cooperation in the fields of art, design, new technologies, entrepreneurship and creative business. As part of the international activities of Nova Iskra, he was one of the founders of European Creative Hubs Network. At the same time, he is still active on presenting numerous events, exhibitions and co-productions in the domains of contemporary music and visual arts.