This course was designed as an introduction to the world of generative design using the Processing development environment.

What is it about?

This workshop was designed as an introduction to the world of generative design using the Processing development environment. The emphasis will be put on modeling and reasoning about systems which, unlike traditional design tools, can output an endless number of results. We will learn how to master those systems, so that the final result is tailored to suit our wishes.

The first part of the workshop will introduce the participants to Processing by using real-life problems and practical work. In addition to getting familiar with the syntax and the basic building blocks of a Processing sketch, we will talk about time modeling, animation and parameter spaces. Due to a two-week gap between the first and the second part of the workshop, the participants will be assigned with some homework, while staying in touch with the lecturer via email or Slack.

The second part of the workshop will be focused on one-man projects on the given topic, with assistance of the lecturer. The topic will be interesting and related to identity design, and it will not be revealed until the beginning of the course. The idea is to allow the participants to come up with their very own creation which can later be altered, animated, printed…

Processing is an open source computer programming language and integrated development environment (IDE), built for the electronic arts, new media art and visual design communities with the purpose of teaching non-programmers the fundamentals of computer programming in a visual context. The language is built on the fundaments of Java, but it uses simplified syntax and a graphics user interface. The whole project was initiated in 2001 by Casey Reas and Ben Fry, formerly engaged with the Aesthetics and Computation Group at the MIT Media Lab. In 2012, they started the Processing Foundation, along with Daniel Shiffman, who joined as a third project leader.

The realization of the course was supported by Development Agency of Serbia.

Who is it for?

The workshop is tailored for the creatives in visual arts. It’s not mandatory for you to know how to code, draw or model – all it takes is a passion for graphics. However, keep in mind that the majority of the course will include coding, it being the most important tool for describing generative systems.

It’s necessary for all the participants to own a laptop which they can use during the course, and also to install the Processing program beforehand. The program can be downloaded for free at https://processing.org/download/.

What's in it for me?

This workshop will help you get familiar with the process of creating generative graphics and generative systems in general. Although the Processing was chosen due to its flexibility and simplicity, the principles you will learn are universal and can later be applied in numerous other development environments.

The course includes more than 25 hours of lectures and practical work with the lecturer. Refreshments and all the necessary technical equipment (except for the laptop) will be provided.

After completing the course, you will get a certificate of completion of training.

As a part of the course, Vladimir Mitrovic will give a lecture Introduction to Generative Design at Nova Iskra offices on Thursday February 8th at 18 o’ clock. The lecture is free and open to public, but obligatory for the course participants. 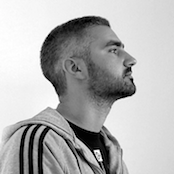 Vladimir Mitrovic is a software engineer and a system designer based in Belgrade. His main areas of interest are generative design, computer graphics and interactive systems. He thinks of himself as of an unusual blend of formally trained software engineer and a visual buff. He likes his trade and has no intention of retiring. He graduated from the Faculty of Electrical Engineering in Belgrade and during his professional career, he used to work for Apple, Virgin America, Nordeus and other "big guns".